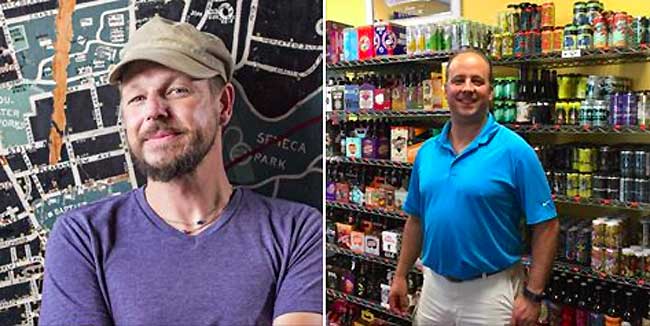 EatDrinkTalk enters its third week as Louisville’s go-to source for restaurant and drinks news. Episode 3 begins with the news that co-host Steve Coomes has left Insider Louisville after a 70-month stretch that saw him write 882 stories. The great news is now all that accumulated food and drink knowledge will be devoted to EDT!

Rick and Steve then weigh in on the restaurant finalists chosen in Louisville magazine’s annual Best of Louisville Awards. Some they liked, some they didn’t, and their opinions about both are strong. The guys also talked about two amazing multicourse dinners they enjoyed this week: Rick’s five-course feed at Buck’s, and Steve’s 11-course death row dinner at Bistro 1860.

One of the biggest news items of the week—that El Camino is moving from the Highlands to Germantown—set the stage for Steve’s interview with Larry Rice, operating partner of El Camino. Rice discussed why he and his partners kept the move off the radar as long as possible. Rick’s interview with Keg Liquors owner Todd Antz is all about craft beer, specifically Antz’s annual Keg Liquors Fest of Ale on June 4. If you’ve never been, know it’s one of the area’s best, and the selection of beers is phenomenal. Click here for tickets. It always sells out.

Let us know what you think of the show by emailing Steve@eatdrinktalk.net or Rick@eatdrinktalk.net. And while you’re at it, sends us tips and tidbits about restaurant and bar news items, really cool restaurant personalities we should interview or your favorite places to eat and drink in Louisville!