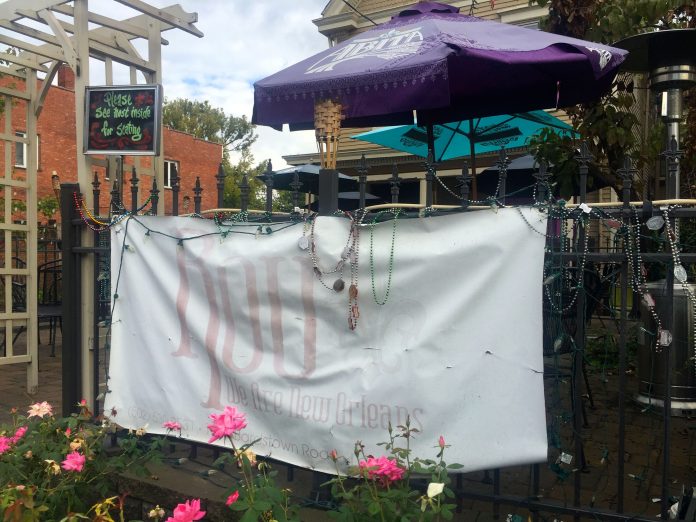 On Sept. 17, I received a tip that Roux was through, on its last legs and preparing to close after two years in operation. For a few months, rumors about the imminent demise of the New Orleans-style restaurant in the heart of the Bardstown Road strip swirled, but owner Dustin Staggers denied those claims. All was well at Roux, he reported, especially since the recent installation of a new basement bar.

Given what I’d heard from former employees and purveyors, I found his claim hard to believe, but I accepted his word for it. And when the mid-September tip came in that “it’s done,” I contacted Staggers on Sept. 21, when he repeated his claim that it was still a going concern. He even invited me to go see for myself, but I was in Florida on vacation, so that wasn’t possible. Again, I accepted his answer, but with a sizeable dollop of doubt.

I don’t know everything about the restaurant business, but after being involved in it for the better part of four decades, I’ve learned to recognized the patterns of success, struggles and failures. They aren’t hard to see, and in this age of rapid communication, friends and colleagues are always eager to fill in the vaguer details that form a clearer and often accurate picture. 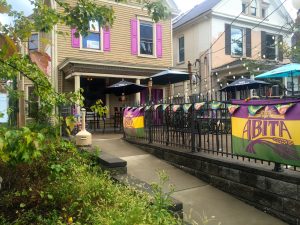 But the picture on Roux and its three also-closed sister concepts—Epic Sammich (there were two units), Rumplings Slurp Shop and America. The Diner.—started to take shape even before Roux opened. When I interviewed Staggers for a 2014 Insider Louisville piece prior to Roux’s ribbon cutting, he was already sharing ambitious plans for multiple restaurant concepts.

I’ve interviewed thousands of restaurateurs in my career, and I don’t ever recall hearing one discuss such things before the customers were served in the first restaurant. But that was Staggers, supremely confident his vision would come to fruition. In the piece, I even wrote that he wore a “cocksure grin” as he talked, which became a shared joke between him and me. I would have willingly congratulated him had he blown the doors off this restaurant community and rubbed that success in my face.

When Roux opened, it came with much buzz and fanfare and good crowds. My own meal at its soft opening included oysters on the half shell that were dried out and redfish so undercooked that it was translucent. But that happens, especially at soft openings trial runs, there was no need to mention the shortfalls. I figured Staggers’ capable crew of young and equally ambitious chefs would get it together soon enough.

But it didn’t turn out that way.

One of the curses of my job is being posted up and told about way too many bad meals, and there were many who complained about Roux: its food, its service, its mismanagement of reservations, its failed all night beignet window and its dubiously New Orleansesque food. (Cocktails always got praise, by the way.) I took those complaints with a grain of salt, knowing people are often unfairly hypercritical about their meals. Too many want to exact their pound of flesh when it comes to a bad restaurant stop, so I didn’t listen all that closely.

Yet the complaints kept coming.

However, when Rumplings never found its footing and closed six months later, it was replaced quickly with Epic Sammich, a concept centered on oversized, overstuffed hot sandwiches. So pleased with Epic’s launch, Staggers and then-partner Eric Morris, opened a duplicate restaurant in Richmond, Ky.

Sadly, the Richmond restaurant was an epic failure, closing in about three months, followed by the original Epic in February 2016. Staggers blamed its failure on a bad location on Highland Ave., about 150 feet away from the intersection at Baxter Ave.

Not long after it was apparent that The Diner was also in trouble, and it closed barely a month later. Regarding ATD’s end, Staggers cited common concerns such as the labor crunch, a saturated restaurant market and low profits. But the deeper truth was ATD wasn’t good enough or different enough to make a beachhead in the current market. There was nothing unique about its menu, which was chockful of items easily found elsewhere. And while I enjoyed two good meals there, liked the location and the prices, even I was capable of replicating most anything on its menu at home.

Yet amid all the openings and closings, Staggers and his longtime chef corps—Griffin Paulin, Ethan Ray, Eric Morris and Mike Lau—conducted weekly gatherings of Ten Tables, one of the coolest pop-up concepts I’ve ever seen. It was innovative, creative, collaborative and freewheeling. Week after week it sold out as curious diners signed up via Facebook lottery for one of 40 seats. Yet even this bright spot in the Staggers portfolio eventually dimmed as Paulin, Ray and Morris left to work elsewhere.

Staggers left also, moving to South Carolina to focus on a real estate tax lien business he co-founded several years before with brother Kyle Staggers. His presence at Roux was less frequent, and in his absence, the rumor mill churned, claiming an absentee owner was a sure sign of a restaurant on its deathbed. But those suspicions proved false as Roux continued cooking.

Interestingly, long before his restaurant group began struggling, Staggers told me his tax lien business produced enough excess funds to keep Roux running, if needed, while he opened others.

Using funds from one business to prop up another is rarely, if ever, a good move, and usually a savvy owner will off the sick enterprise to avoid malnourishing the other. But Staggers had other plans.

Given the demands of his primary business, it’s doubtful he was fiddling while Roux was burning, but he wasn’t focused on it either. By multiple accounts from industry sources and according to Staggers, that duty was given to Lau, his longtime right-hand man and friend from Staggers’ hometown of Tampa, Fla.

And that’s when lots of chefs began asking how he could run his business from afar. I had no answers, of course, but experience made me confident it wasn’t possible.

On Saturday, Sept. 24, at 11 a.m., a post was made on Roux’s Facebook page that read, “Come celebrate our last weekend with us! We are offering half price bottles of wine all weekend! Every bottle, open to close, Saturday and Sunday! Come say goodbye and enjoy some killer wines at unbeatable prices!”

No one noticed until about noon the following Tuesday, when Clayton Carrier asked, “What?? Are you all closed now????”

On Sept. 28, Business First published a story whose headline read, “The last restaurant of a high-profile Louisville chef has closed,” which basically echoes what I’ve written here: Despite Staggers’ attention-gaining splash from four restaurant concepts, his broad ambitions outpaced his ability to maintain any of them.

I’ve heard several say that if Staggers had given Roux all his focus for the past two years, it may well have done well, and I agree. Heaven knows people wanted a good New Orleans-style restaurant in the Highlands, so why not do just that—especially when you’ve got a thriving tax lien business that could cover your other bills.

But clearly it wasn’t meant to be since Staggers wanted more than one. Now, as far as his Louisville restaurants are concerned, he’s got nothing, and that’s a shame.

But give him credit for this much: He’s a young man who left a troubled home in his mid-teens to make his own way. Along the way, sometimes sleeping in his car, he’s built what appears to be at least one good business, and while monitoring that one, he had the guts to open five more. Unfortunately for him, those failed.

You’ve got to like him for trying, and perhaps he’ll learn from his mistakes and return to the stoves. But even if he doesn’t, heaven knows the man with the cocksure grin has confidence to try something new.