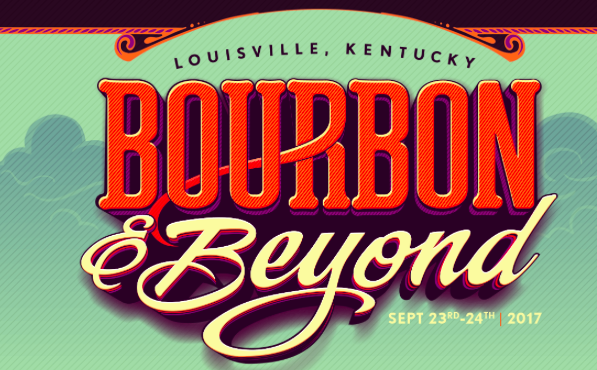 Louisville’s Champions Park on River Road will be the epicenter of the worlds of bourbon, food and music Sept. 23-24, if all goes according to the plans being made by Danny Wimmer Presents, the company that has produced the Louder Than Life Festival in the same location for the last three years.

An initial announcement about the event came out March 21, but was notably light on details. Today the company released the names of musicians, chefs and more who will be attractions at the two-day event. It also announced it has started selling tickets at www.BourbonandBeyond.com, though that information was not available at 10:30 a.m.

According to the release, DWP selected local bourbon authority Fred Minnick, along with acclaimed chef Edward Lee, to fashion “an enriching weekend featuring the best bourbons, master distillers, national and local chefs, bartenders, musicians, and many other artisans.”

50 bourbons will be showcased in several bourbon-themed experiences, from the 20,000-square-foot “Big Bourbon Bar” to the Hunter’s Club, Bourbon Barrel Cooperage and The Distillery. Also planned is a series of bourbon workshops.

The Festival has reached out to the local restaurant community, and announced the participation of seven on its initial list, which it says will grow to 20. They are Baxter’s 942 Bar & Grill, Boss Hog’s BBQ, Doc Crow’s, Gospel Bird, Seviche, The Manhattan Exchange, and the soon-to-open Whiskey Dry, Lee’s new restaurant at Fourth Street Live!

The release promises “an incredible all-in-one bourbon, food, and entertainment destination that honors the rich history of bourbon that is so deeply rooted in the heart of Kentucky.