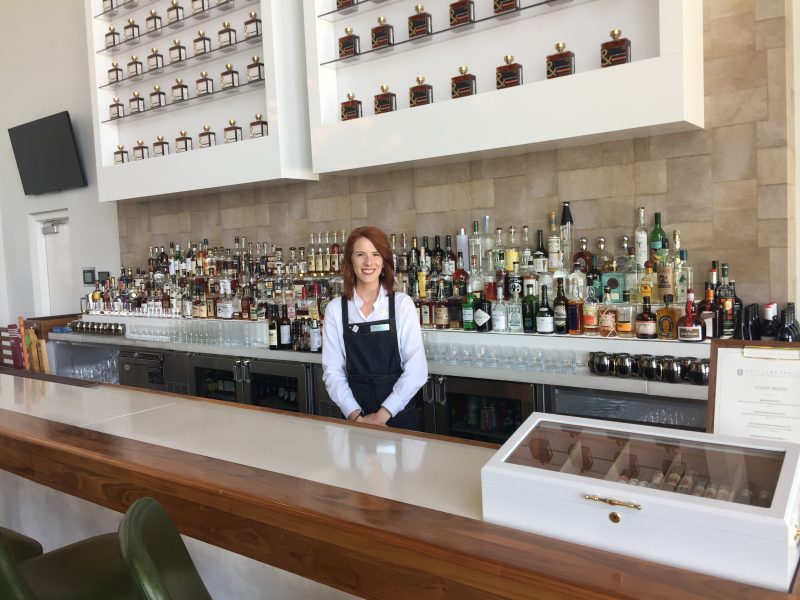 For the first time, we took this whole podcast crew on the road, and what we found in Bardstown was nothing short of sensational.

The two-year-old Bardstown Bourbon Company just opened its restaurant, Bottle and Bond Kitchen and Bar, and has assembled an all-star team to do it right. We were greeted in the spacious dining room by David Mandell, one of the owner’s of the $40 million operation. He explained the success of the company’s primary business, which is collaborating with bourbon-makers to produce their spirits.

While Rick and Carolyn were impressed with the business, which has quadrupled in production capability since it opened, we wanted to see what a first-class restaurant was doing in a field in Bardstown. While we sampled every appetizer on the menu, plus a half-dozen signature cocktails, Director of Beverage Operations Dan Callaway filled us in on how the team was assembled and how the restaurant is focused on customers. Callaway was recruited from Louisville’s Decca Restaurant in April.

And we learned there’s more to come. Plans are in the works for a hotel on the site, but that’s a few years away. The facility has an impressive gift shop, where you can buy rare spirits, as well as a Visitors Center destined to become a primary stop on Kentucky’s Bourbon Trail.

As is usual on the show, Rick and Carolyn mentioned their Eat of the Week — a Noosh Nosh treat for her, and succulent meal at Butchertown Grocery for him. Carolyn has an update on Chef David Danielson’s purchase of the Old Stone Inn in Shelbyville, and this week marks the long-awaited opening of the Convention Center downtown.

It was an amazing road trip for eaters and drinker like us — so please join us and listen to the show.