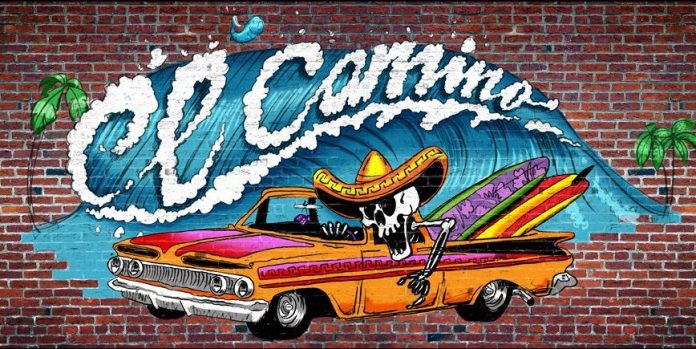 Probably the worst-kept secret in the Louisville restaurant scene of late is El Camino’s upcoming move from the heart of the Highlands to an undetermined location in Germantown.

After the restaurant’s operating partner, Larry Rice, confirmed the rumor for me several weeks ago, he asked that I hold onto the story as long as possible in hopes that he and his partners, Shawn and Vanessa Cantley, would be able to say where they’re moving the 3-year-old Cali-Mex-street-food-hybrid concept.

As Rice points out in my upcoming podcast interview with him on Friday, it’s a risk to say a restaurant is moving because too many assume that when one site closes, the operation has met its end.

So why is El Camino hitting the road? Why is it leaving one of the best locations in the city—with arguably the coolest patio in the Highlands—for Germantown, hip, up and coming as it is?

The answer is simple: Tacos. They’re the most popular items on the menu, but their affordability doesn’t generate the check averages the partners hoped for in that location.

The solution therefore is to move to a lower-cost, but equally cool facility in Germantown, where Rice lives, and lease the 1314 Bardstown Road property to, you guessed it, another restaurant concept.

A Germantown location will also give Rice easier access to The Pearl, the Goss Ave. bar he and the Cantleys are working to open up soon in the old Pauly’s spot.

Yet don’t despair, Rice said, though the menu will be different from the current lineup, it’ll still be a dandy, and the bar program will not change a bit.

So enough of my pecking away, come back Friday morning and hear the story as told by Larry Rice—who by that time will be on a well-deserved sea-side vacation.