One industry source estimates that sales of pizza jump 120 percent on Halloween night, as weary parents and costumed kids opt for the easy avenue for getting some non-sugary nourishment in before and after Trick-or-Treating. As we conclude National Pizza Month (the start of which is credited to Gerry Durnell, of Pizza Today magazine, headquartered in Louisville), we found at last one pizza entry in this local restaurant roundup.
DiOrio’s Goes Highlands: With one location in St. Matthews, and another on Baxter Ave. in the Highlands, it makes sense that DiOrio’s plans to open its third local pizzeria about in the middle of those two, in the Douglass Loop in the spot most recently occupied by Cafe Lou Lou. As reported in Business First, the new spot should open by the end of the year.
Majid’s in St. Matthews closing in November: Beloved Louisville restaurateur Majid Ghavami will close his namesake restaurant on Nov. 19. After 40 years in the business, Ghavami is shuttering the restaurant to focus fully on his work as a director at Humana. Ghavami will sit down with Steve Coomes this week for a podcast interview in which he details his decision to close, as well as shares many fond memories of his decades running some of the city’s finest restaurants.
Hamada leaving Anoosh Bistro for future Belle Noble restaurant: Tarek Hamada is leaving Anoosh Bistro, where he was general manager for the past several months, to join the management team at Belle Nobel, parent company of Village Anchor, Kevin’s Picnic and Le Moo. According to Belle Nobel founder Kevin Grangier, Hamada is being groomed for a GM’s role at a future, yet-unnamed restaurant. Prior to coming to Anoosh Bistro, Hamada was partner and general manager at Volare for several years.

Portage House now open in Jeff: When we interviewed Paul Skulas, executive chef at Portage House on the river in Jeffersonville, Skulas pegged the opening date for the restaurant at Oct. 29. And they made it. We’ve not been ’round yet to sample the menu, but if you want to have a look, click here. (And if you want to hear our podcast interview with Skulas, click here.)

Gospel Bird rolls new fall menu: And speaking of the Sunny Side of Louisville, just a couple of miles to the west in New Albany, Gospel Bird just rolled out a new fall menu. Click here to see it.
More Mojito Tapas, Please. If you live near Holiday Manor, the shutdown for the $16 million remodeling of the local Kroger has been, at best, an inconvenience. Now that it has a Nov. 2 grand reopening set, it’s nice to know that the popular small plates restaurant next door is going to begin an expansion. Insider reports a work permit has been issued for construction at the Mojito Tapas to expand outdoor seating, rebuild the entrance and add on to the backside.
Diamonds Lost: Here’s what was recently posted on the door at Diamond Station in the Highlands: It is with deep regret that we tell you that, effective immediately, the Diamond Station is closing. For important personal reasons, we have chosen to accept an offer to buy out our lease from someone to use this space for a new and exciting concept. We cannot thank you enough for two full years of great people and good times, and will miss you very much.
Opened just over a year and a half ago, the location has nearly 2,000 square feet, and the property dates to 1928. 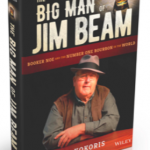 Busy Chicks: The Whiskey Chicks, a local organization devoted to drink, announced its fall schedule, highlighted by a Nov. 9 book signing by Jim Kokoris of “The Big Man of Bourbon.” Next the girls will host a “Bourbon Basics” experience at Liquor Barn Nov. 17, and a holiday party Dec. 7 at the Stitzel-Weller Bourbon Frontier Experience.

And a New Bucket: The marketing folks at KFC have come up with a $10 Chicken Share, featuring enough of their chicken products for two hungry fried chicken lovers — it has nine Tenders, six pieces of fried chicken, and either Popcorn Nuggets or Hot Wings.