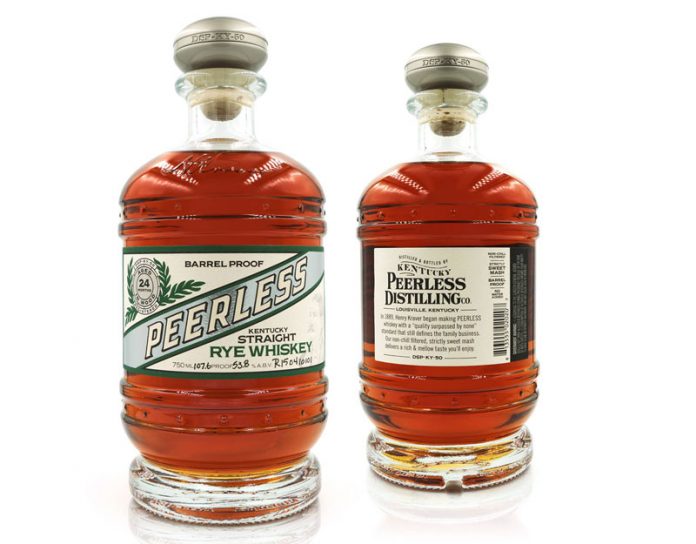 In the hunt for special bottles or just the newest bottle of special amber for your collection? Then carve some time out of your busy Saturday schedule—the lawn can wait until Sunday—to visit either Kentucky Peerless Distilling Co. or Jeptha Creed Distillery (or both, which you could easily) for releases of their oldest whiskeys to date.

This will be Peerless’s first whiskey release, Peerless Straight rye, to be specific, and I can tell you from personal experience, it is superb, a rye I predict will wow fans of that style, including bourbon fans.

The distillery will be selling bottles from 10 a.m. to 5 p.m., but Kentucky retailers will shelve their bottles that day, too. So if you can’t make it downtown, but want a bottle, call around to see who has it. My guess is the larger stores will. This two-year rye will cost $125 per bottle at the distillery, but possibly a little less at retail shops. 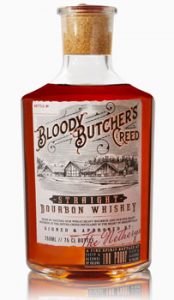 Want to taste it first? Go to Merle’s Whiskey Kitchen and be one of the first 100 guests there to get a free pour and a commemorative tasting glass, beginning at 6 p.m. Reading this from Lexington? Belle’s Cocktail House is hosting a meet-greet-and-sip event for the release. For the $10 ticket you get a pour of the whiskey in a commemorative rocks glass, a cocktail made from Peerless Rye and the chance to meet Peerless owner, Corky Taylor. (The guy has a million great stories, so go meet him.)

Jeptha Creed in Shelbyville is having its third highly limited release of its Bloody Butcher’s Creed Straight Bourbon Whiskey. Opened last fall, this knockout of a visitor-centric distillery (Peerless is equally beautiful and completely different) began a gradual 566-bottle release of bourbon made from the Bloody Butcher heirloom corn grown on the owners’ farm. This batch of whiskey was made nearly three years ago at Death’s Door Distillery in Wisconsin and rested in oak for 2.5 years. Bottled at 100 proof, it is a weighty, fruity, modestly oaky and delightful sipper. (Future releases planned include 4- and 6-year bottlings.)

This is a 10-bottle release done by a drawing. To enter the drawing, you must go to the distillery some time between 12-1:45 to enter your name. During that wait, you’ve got time to take a tour, have a cocktail from its massive bar and even get a sandwich from its café.

“When we did our first (40 bottle) release in December, we had between 150 and 200 people show up,” said Autumn Nethery, co-owner and director of marketing at Jeptha Creed. “We did another 10-bottle release and about 40 people showed up, but that was Mother’s Day, so that might have dropped (attendance) down.”

Should you be lucky enough to have your name drawn, you must be present to buy the bottle, which costs $74.99 at the distillery. There are Bloody Butcher bottles out in the retail market as well.