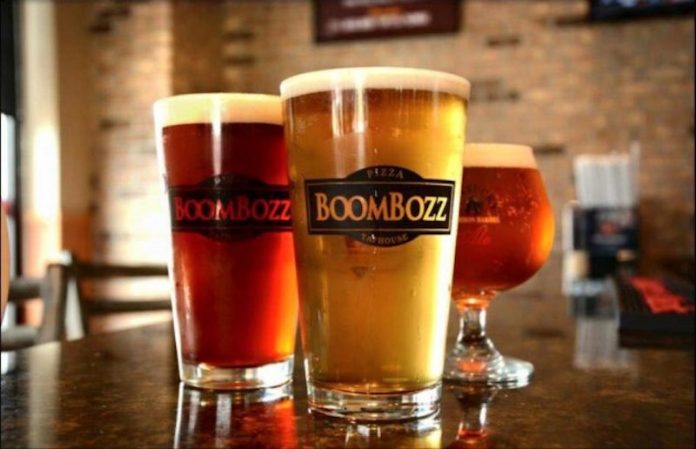 Boombozz Craft Pizza & Taphouse owner EAP Restaurant Concepts will close that location of the mini-pizza chain at 3939 Shelbyville Rd. this weekend and change it into Waylon’s Feed and Fire Water, a whiskey and taco-centered restaurant by mid-June.

The new concept is a riff on EAP’s Merle’s Whiskey Kitchen, a restaurant, bar and live music venue on Whiskey Row downtown. Beyond some changes to bar offerings, EAP founder Tony Palombino said Waylon’s will be highly similar to Merle’s, adding that a few new offerings to appear in Waylon’s lineup were tested recently at Merle’s.

Palombino said the shift from pizza to whiskey and tacos is a move designed to adjust to the evolution of St. Matthews’ entertainment district. The upcoming addition of El Taco Luchador, Steel City Pops and Quill’s Coffee is adding momentum to the already busy Shelbyville Road segment bookended by Breckenridge Ln. and St. Matthews Ave. Venues already operating there include Drake’s, Tin Roof, Molly Malone’s Irish Bar and Sullivan’s Tap House, which opened in late April.

“I think Waylon’s coming in is the perfect fit for the future of this area,” Palombino said. No other restaurant or bar option, he added, includes a 100-plus-bottle whiskey selection. “It just mixes it up a little bit for the neighborhood.”

Palombino insists Waylon’s will be more restaurant than bar due to lessons he learned operating Manny & Merle’s, the original iteration of Merle’s Kitchen. At its launch, M&M’s was skewed more toward drinking, but when that formula didn’t meet expectations, Palombino added more food offerings and sales responded.

“Now our food sales outpace the bar at Merle’s,” he said. “That 55 percent food and 45 percent bar mix is the sweet spot for a restaurateur like me.

“Sprinkle in some regional live music and you have the perfect fit for St. Matthews—but not a nightclub.”

Palombino expects to spend $350,000 converting the longstanding pizzeria to Waylon’s. He said physical changes to fixtures and equipment will account for about $275,000 of that amount, and that the balance will be spent on soft costs such as training, rent and utilities. Restaurant seating will remain at 165.

“It’s a little bit more than just lipstick and makeup,” he joked. Though Boombozz’s large pizza oven will be removed, he said the kitchen will remain largely the same.

Referring to the rapid changeover of a Middletown Boombozz to Joella’s Hot Chicken, another EAP concept, Palombino said his firm is getting pretty good at redos.

“You can’t be afraid to change and adapt,” Palombino said. “That’s what we’re doing here, and I’m really excited about that.”

Drinkers can expect some new twists at the bar, including some whiskeys and cocktails poured on tap. Such novelties do attract attention, Palombino said, but that speed of service is the biggest reason for employing them.

Palombino, who informed employees of the change on May 15, said staff reception of the idea was positive. Those who want to work at Waylon’s when it opens in mid-June can be added to the roster at other EAP concepts until that time. And in a tight labor market, that’s what Palombino hopes happens.

“The next few days will tell” whether many want to say, he said.