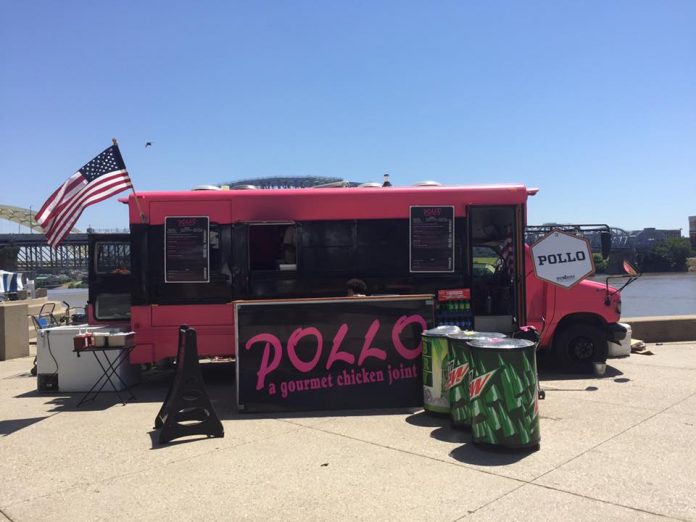 A pair of local food truck owners are suing the City of Louisville over a law that restricts where they can park their vehicles and conduct business.

According to a news release, local food truck owners Troy King and Robert Martin will hold a press conference with the Institute for Justice (IJ) today to discuss lawsuit, which challenges the constitutionality of the city’s “150-foot proximity ban.” The law bans food trucks from operating within 150 feet of a brick-and-mortar restaurant, even when the truck is on private property. Plaintiffs claim the law turns large swaths of the city into “no-vending” zones for food trucks. King and Martin claim the proximity ban unfairly protects restaurants from competition.

In 2014, King purchased his first food truck, Pollo, which serves chicken and waffles, fried chicken tacos, chicken gyros, and fried chicken sandwiches. A city inspector threatened to tow his truck because King was serving customers within 150 feet of Cravings ala Carte (located at 101 S. 5th St.), a restaurant that also serves chicken dishes.

According to the news release, the IJ will assist in the suit, adding that IJ has won similar court battles as part of its National Street Vending Initiative.