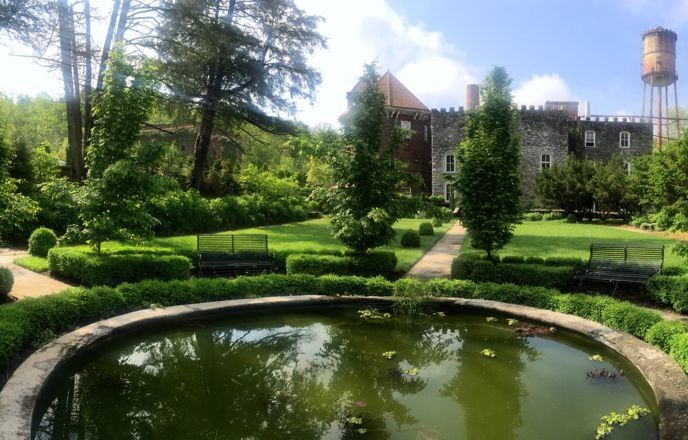 Welcome to your awesome new weekly update on Louisville’s dining and drinking scene from the editors of EatDrinkTalk.net. Make it your first course as you plan your week, and be the ‘in-the-know’ person at your next dinner party or Happy Hour.

And please check out the latest EatDrinkTalk podcast. Our second trip to the Louisville.am podcast center produced some entertaining conversation about soft openings, delectable drinks and restaurant news. Plus conversations with Drew Kulsveen of Willett’s Distillery and Paul Tuell of Ballotin Whiskey. Listen here:

Prospect restaurant prospects? With Bristol Bar & Grille’s lease not being renewed after 10 years, the question remains, “What business will replace it?” All secret sources point to another restaurant coming in, and one well-placed source says it’s going to be Gustavo’s Mexican Grill, which is located in Crestwood. That place is always packed and serves food about as fast as you can order it.

Though the restaurant’s website isn’t working, one internet reviewer did write, “The best Shrimp and Cheese Bureto ever.” Does a misspelled endorsement still count?

My source is as good as any and highly believable. But my gut wonders why 1. Kroger would deny Bristol the right to stay when it’s been a good renter, and 2. why Kroger would replace a prominent local chain with a far-less-known Mexican concept—especially when the well-established Los Aztecas is just around the corner from what’s soon to be the old Bristol site?

The British (bartenders) are coming! to Meta Thursday: If you’re into cocktails, this is a big deal. Several bartenders from Punch Room, a famed, multi-operation bar line in London, will end their tour of the U.S. in Louisville Thursday night at Meta theater.

Their cocktail-making tour began in New York, moved to Chicago and stops here. That’s right, our town, a cocktail town whose reputation is sharply on the rise. Long story short, Meta owner Jeremy Johnson called this another endorsement of Louisville as a significant city for spirits and cocktails. The event runs from 7-10 p.m. Say hi to me if you come.

Plenty at Buck’s: You can still get tickets for a Five-course Ballotin Whiskey Dinner at Buck’s in Old Louisville Tuesday night. It’s all going to be great, though I might consider going straight for dessert: Ballotin Flight with House Made Ice Cream.

Anchorage Amaze: Expect tasty things from PICNIC, a new concept near the popular Village Anchor in Anchorage. Kevin Grangier, whose company Belle Noble Entertainment Group also brought you Le Moo on Lexington Road, has more concepts cooking. This one, featuring local and organic produce, as well as soups, sandwiches and a salad bar, opens in July.

A Banana Split on Frankfort? We always thought that no matter how wonderful the Butter Pecan is, it would be hard for Frankfort Avenue foodies to support a Comfy Cow AND a Homemade Pie Kitchen right across the street from each other. Word from the Homemade folks on Facebook is that they’re taking their Rocky Road to Dixie Highway. The Post says Homemade is selling the building (hmm, to whom we wonder?) due to an offer it couldn’t refuse. Like Mint Chocolate Chip.

OK, we’ll have more morsels for you soon. Watch this space for breaking drinking and dining news. And a special new podcast this and every Friday.