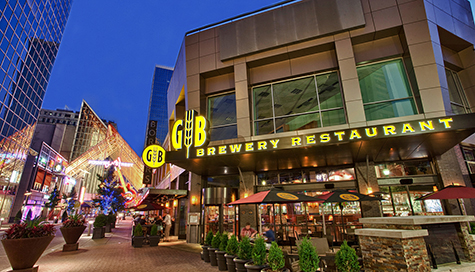 You don’t have to be a chemistry major to excel in the intricacies of brewing beer, but it doesn’t hurt. For Nicholas Landers, his University of Cincinnati education put him a step ahead during a six-week school at the Siebel Institute in Chicago, one of the only “beer schools” in the U.S. 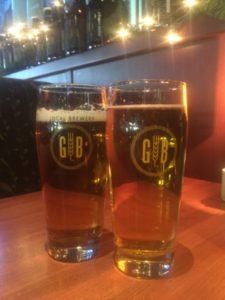 Landers said he keeps eight to 10 taps serving locally made brew at the restaurant, a challenge given that all the beer made at Biersch is served there. He said the brewery had a great 2016, selling 666 barrels.

“I like the brewpub aspect. Part of it is you have to feel out what people are going to drink in the next month or so,” he said. “You don’t really know exactly. It can fluctuate, but it can be difficult.”

When Landers went to beer school in 2009, he spent money he’d saved for a vacation, and learned all about raw materials, production, fermentation, yeast, packaging, and cleaning.

Then he “blanketed the Earth with resumes” before landing a job at Lakefront Brewery in Milwaukee.

A few years later, with an eye toward moving closer to his hometown of Cincinnati, Landers jumped at the chance to come to Louisville.

And while Gordon Biersch is one among many national chains along Fourth Street, it does get involved in local events. Last September, it sold $3 pints of its Blonde Bock and donated some proceeds to Stage One Children’s Theatre. It does a Pints for Parkinson’s event in the spring.

Landers said he offered up the opportunity to be a Brewer for a Day for a charity, and the prize was won by Tailspin Ale Fest organizer Tish Gainey. That collaboration resulted in what he calls a “Belgian Double” — a beer that’s been sitting in a beer barrel there for five months. He plans to tap it for the Tailspin event Feb. 18.

While the number of local and regional breweries has skyrocketed since Landers arrived in Louisville in 2013, he says the city is still growing up as a beer town, and that he sees a growth in demand for craft beer especially.”Louisville is growing quickly, it’s in its teen years now,” he said.