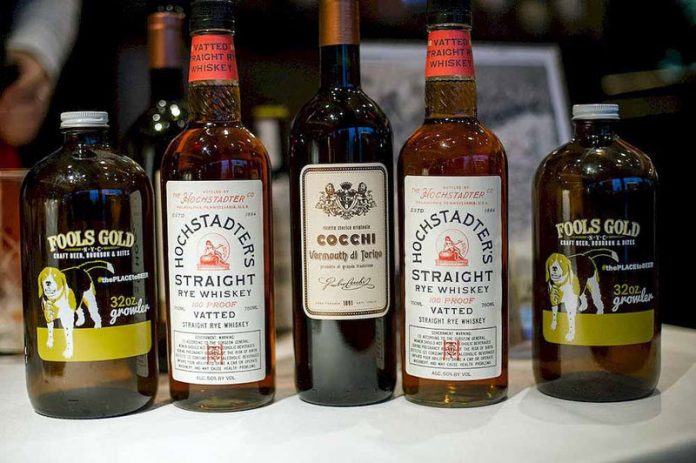 Whisky Live Louisville dubbed ‘Sweet’ success: And why wouldn’t it be when organizers planned to sell 800 tickets but sold an estimated 1,000? The three-hour sip-fest last Saturday was held at the Marriott East, and it was packed, loud and fun. Though I’m not complaining, I do wish there were more non-bourbon whiskeys there to try. Knowing it was going to be an international selection, I forced myself to sip nothing there I’d drunk before—which was tough given the array of well-known major and craft American distillers.

There were a handful of Scotches: not fond of the peatier ones, but I didn’t like bourbon five years ago either, and now it’s my favorite spirit. The Irish whiskeys there were terrific, though a little on the subtle side for my tastes. Even some pricey 25 to 30 year-olds in that category (bottles costing several hundred dollars each), while delicious, didn’t leave me dying for another. Perhaps such delicate, subtle whiskeys are better enjoyed on their own and not as part of a taste-a-thon.

But cheers to Whisky Live owner Dave Sweet, who took a chance on Louisville with an event whose domestic history includes stops in New York, Chicago, Los Angeles and San Francisco. According to Sweet, Whisky Live will return to Louisville.

“Why no pictures, Steve?” you ask? Honestly, it’s a challenge to hold onto a Glencarin tasting glass, a water glass and shake hands with lots of other guests at the same time. And, well, it’s easy to forget about “working” at such an event.

Wedding bells in order for Annie Pettry: If you don’t know that name, then you should.

Perhaps at least you’ve eaten her food. Annie Pettry is the executive chef and partner at Decca in NuLu, and despite coming to Louisville just four years ago, she’s become one of the town’s most respected chefs—and that’s the word among chefs, not just customers.

According to her Facebook page, she’s now engaged to Nathaniel Snyder, who conveniently, works with her at Decca, where he is general manager. Congrats to them both!

Dandy wine dinner at Wiltshire on Market: You didn’t think we’d go through this news roundup without some food photos, right? Check out these food images from last night’s Raventos i Blanc wine dinner.

If you’ve never been there, I recommend it highly. Open Thursday through Sunday evening only, you get chef Noble Holden’s excellent food, live jazz, a great bar selection, service, etc. It’s an under-heralded spot in NuLu.

According to a news release, Beverage World editor Jeff Cioletti interviewed Copper & Kings owner Joe Heron for the piece, and lauded him for carving out a niche in a “virtually untapped category” and distilling “to the beat of (his) own drummer.”

Happening right here in the middle of Bourbon Country. You gotta love the drinkin’ diversity.

Second Life Bar opens at Rainbow Blossom Gardiner Lane: Ever been to Life Bar? I hadn’t until about four months ago when I got a nutrient-rich smoothie that was outrageously good. Not cheap at $9 mind you, but for a business that dubs itself “Louisville’s premier organic plant based super food and juice bar,” you’d expect no less, right? Seriously, though, it’s good stuff and really good for you.

A second one just opened at 3046 Bardstown Road, a.k.a. Rainbow Blossom’s Gardiner Lane Shopping Center store. Interested, check out the menu by clicking here. Really good stuff, all organic, too.