Tonight, if your idea of celebrating the start of the holiday season doesn’t include dreaded Black Friday shopping or marveling at the light show up the street at Light Up Louisville, mosey down Market for a Miracle — one with a big-city twist and a celebration of cocktail culture.

At Rye, a close copy of the concept of New York City’s pop-up bar Miracle is being launched. Miracle on Market is complete with over-the-top decorating, Christmas movies, songs and a specially crafted cocktail list. Louisville is one of 30 cities, including London, Athens, Los Angeles, Seattle, Vancouver and Oklahoma City, copying the famed New York pop-up. It starts tonight and continues through Christmas Eve. 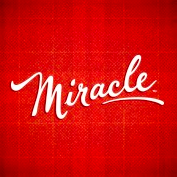 Rye beverage director Doug Petry said Rye’s barroom will be transformed with a sled full of new decorations, including some lifted from his mother’s basement. He said his crew spent much of the Thanksgiving holiday getting ready. Several special events are planned, including a tree trimming party, ugly sweater contest, and a Toys for Tots drive.

“We’re having fun with it,” Petry said. “Usually we are tame, I think we had an Advent calendar, but this year it’s out of the box.”

Petry said he was contacted by organizers of New York’s Miracle pop-up bar, which started two years ago, and who were organizing similar spots around the globe.

“When Miracle reached out and asked if we wanted to participate in the 2016 expansion of the program, we were thrilled at the opportunity. Louisville already has such a vibrant food and beverage culture that is continuously growing, and we knew that Miracle would be a great addition to that tradition,” Petry said.

And who wouldn’t want to stop in and try a holiday themed cocktail — like the Muletide (Aquavit, Oloroso sherry, ginger, lime, pumpkin) and the Christmopolitan (vodka, elderflower, fig, spiced cranberry sauce, lime) which will be served in festive, custom Miracle glassware.

Find out more at Facebook. And listen for my interview with Doug Petry next week.