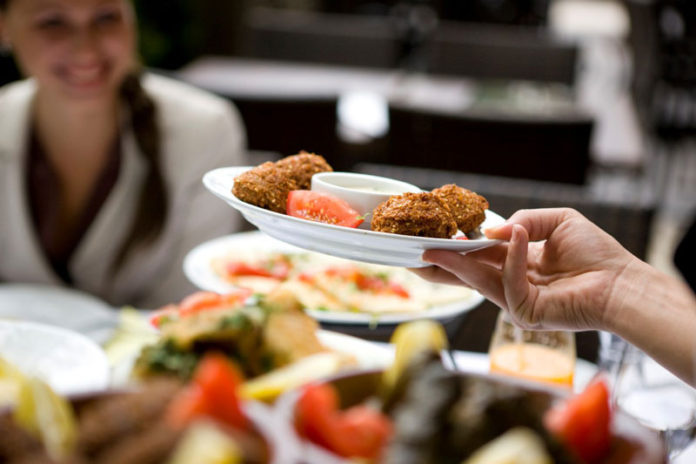 The quality of restaurant food in Louisville is remarkable, light years ahead of where it was in the 1980s, when I was in the business. Comparing today’s restaurant food to the chow of yore is like comparing an Armani suit to Carhartt coveralls.

Same for the liquid end of the business. Cocktail, wine and beer programs here are simply amazing. Back in my day, wine lists might have been large, but never diverse. You could get any type of beer you wanted as long as it was lager. And cocktails were mostly two-ingredient concoctions punctuated with a squirt from a soda gun.

Now the bar is the star in many spots, where mixologists share the spotlight with chefs. I’m not the only one who often decides where to eat out based on what that place serves to drink.

But where the Louisville restaurant scene could improve to Old School standards is service. Thirty years ago, the city’s top spots had it down. Yes, it was much more formal compared to now, so I can’t compare “apples to apples” here. Yet the basics of service apply anywhere, and in too many cases, those basics are lacking at too many restaurants here.

Three decades ago, the server-guest relationship was clearly defined as a business transaction designed to meet guests’ needs. Yet somehow today the server has joined the guest experience without invitation. For example, who trained servers to ask, “How is our food today?” and “Are we enjoying everything?” It makes me want to reply, “My food’s good, but I didn’t see yours come to the table, so I hope you’re not disappointed,” but I won’t.

Another: Who trained servers to slide into a booth alongside guests to take their order, or take a knee at the tableside to listen to questions, or casually lean a hip against a chair or table? Is there any other retail experience where a respectful distance isn’t common?

And what happened to uniforms? Did some guest focus group secretly tell restaurateurs, “We want our servers to dress in flannel and denim, just like the Brawny guy.” Or did restaurateurs say, “Let’s save on the cost of uniforms and let them wear what they want”?

Uniforms—even simple ones with themed T-shirts and clean jeans—not only let guests know who the staff is, they make a brand statement by adding a touch of professionalism.

But looks aren’t the real problem. Too few servers can “read the table,” meaning they lack the skill of observing guests to gain information about how they want their meal paced. What does each guest’s body language communicate? Are they deep into conversation or are they eager for a break from their smartphones? When the server begins the interaction, are those guests’ answers short and to the point (implying, “Please let me order so I can get back to my friend”) or do they lead to further conversation with that server (implying, “You seem friendly, so let’s chat”)?

Perhaps the worst problem is too few servers know what they’re serving. Since many don’t know the key ingredients of every dish on the menu (yep, those were memorized in my day), they can’t make helpful suggestions to guests. Servers aren’t mere order takers, they’re guides who lead guests on a pleasant trip through the menu. They point out highlights along the way and then step aside to let diners enjoy the experience—while always watching from a distance to anticipate guests’ needs.

To be fair, modern servers—despite being the best-paid employees in the restaurant business—lack role models. Cooks who want to become great chefs seek to work under great chefs. Same for bartenders who want the best mixology mentors or join their local bartenders’ guild.

But where do servers go for mentoring?

In the service-intense restaurant days of the 1980s, actual maître d’s trained captains who trained their assistants who trained busboys. The system was simple and effective. But since this system no longer exists, where is the art of guest service learned?

It starts at the top when owners train managers who train servers—again and again. Server training isn’t a one-and-done scenario. We all forget, so retraining is necessary, and we’re always learning, so sharing of newfound best practices is essential.

If Louisville really wants to become a great restaurant city, service needs to match the level of achievement in the kitchen and the bar. The good news is reaching that standard isn’t a difficult or unreachable goal. When local restaurateurs see service—not discounts and 2-for-1s or giant portions—as the key point of differentiation from their competitors, they’ll move to improve it.