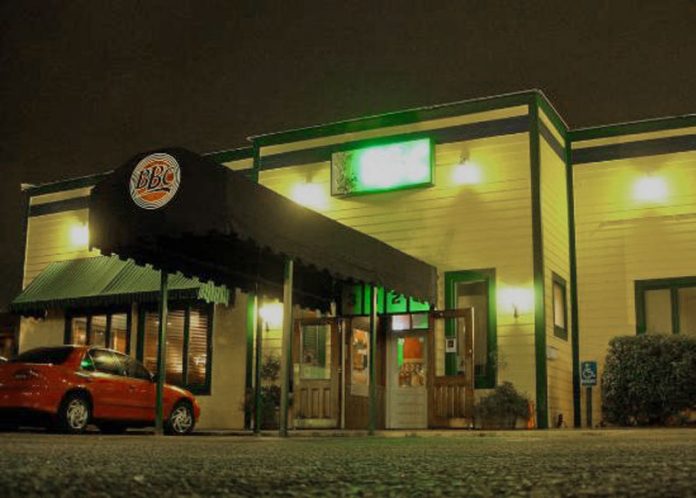 So this puts a week’s worth of rumors to bed: Bluegrass Brewing Co. will close its legacy location in St. Matthews at the end of the day Sunday, Feb. 5. The space at 3929 Shelbyville Rd. that it’s occupied for 23 years will be turned into a Sullivan’s Tap House, a craft brew and restaurant concept to be created by the longtime owners of Sully’s on Fourth Street Live.

For more than a week, rumors poured in from between BBC employees, random IT people, beer distributors—even chefs across the river—saying the long run of BBC, the city’s oldest brewpub, would come to an end. Some said, its death would usher in another Sully’s, others said an Irish bar, and BBC owner Pat Hagan said to me in a text, “Yesterday I heard it was going to be a country bar. There are all kinds of rumors going round but right now I have the lease and am still there. If things change I will let you know.”

For the record, he didn’t.

We learned of the change after statements detailing the new ownership were released to The Courier-Journal and Business First.

According to Business First, John Sullivan, a partner in Sully’s, and Matt Taylor, who also worked there in the past, are now partners in Sullivan’s Tap House. They will be joined by Breno Giacomini, a former U of L football player who now plays for the New York Jets. Giacomini has also invested in Brownie’s The Shed.

Both reports said to expect lots of TVs (already have them at the site), a larger food menu (that’s hopefully improved, because historically, food hasn’t been well treated at BBC St. Matts) and over 20 craft beers (which won’t be brewed on site).

I have mixed feelings about the end of BBC there. It’s always been a great place to hang out and watch games. But other than the wings, the food quality was generally poor for much of its run. Beer was solidly reliable under management of its original brewer, David Pierce, and it continued after his departure for New Albanian Brewing Co., when Jerry Gnagy and Sam Cruz took over. But when they left to form Against the Grain five years ago, quality dropped markedly until Pierce returned a couple of years ago.

Its U of L and UK gameday beer and wings discounts were great, and the service was always pleasant, so I’d drop by for those, but that was it. The concept was due for a refresh.

Will I go to Sullivan’s? Doubtful as I expect more of the same sports bar fare that one can get so many places in this town, and, frankly, which I can recreate at home. No question that watching games in a crowded bar with good beer and grub is a fantastic experience, but it’s no big draw if it’s just more of the same. I have no doubt, however, that it will suit the tastes of many, and that’s a good thing. My likes aren’t shared by everyone.

I’d be more inclined to go to Hagan’s Goss Ave. Pub in Schnitzelburg, where the post-Germantown Craft House food menu is fantastic and the beverage program looks to be solid, and it’s about the same distance from my house as what will soon be Sullivan’s. (As I wrote in my recent story on Goss Ave. Pub, if the crew can execute the plan, it’ll be a really good place.)

It’s not as though I’m without a sentimental side. I wonder what will happen to Pierce, Louisville’s most experienced brewer of the modern craft brewing era in Louisville. He’s a good man and a fine talent, and I’ll miss his products if he leaves the industry.

I also spent a lot of time and a good portion of my discretionary cash at BBC. So it’s a bit sad to see a memory-making place go away. There were many great events we attended, not to mention the launch of some pretty tasty beers. But 23 years operating in this incredibly competitive restaurant and bar scene is an accomplishment. So maybe Hagan is looking for less responsibility.

Regardless, to Hagan and Pierce, we tip our hats and raise our glasses one last time. We hope to see you at the Main St. location and when you cut the ribbon on the returned BBC on Fourth St. At the risk of sounding too trite, thanks for a lot of good memories.