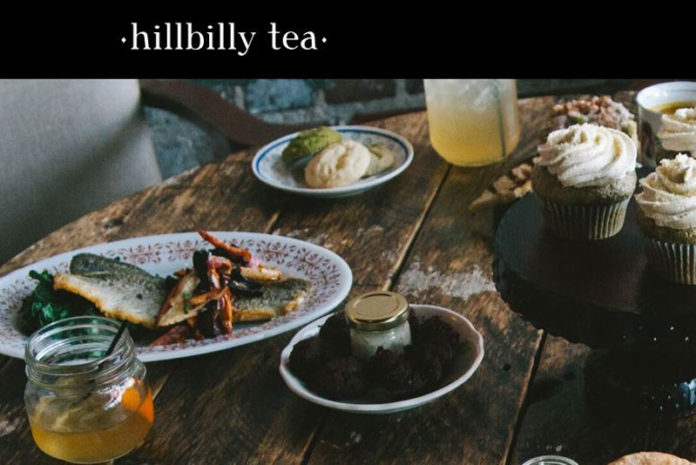 After opening the fourth version of his Hillbilly Tea concept in May, creator and owner Karter Louis shut it down this week.

I could end this post mortem by writing … “and no one was surprised,” but that wouldn’t be true. There’s plenty of social media sadness about Louis’s decision to end Hillbilly Tea as a restaurant venture. But there are as many comments there, and elsewhere, from those who aren’t shocked or disappointed that this clever-quirky concept is, finally, after four tries—three in Louisville, one in China—officially dead.

In an interview with Insider Louisville, Louis cited multiple reasons why this HBT’s run ended after only seven months.

All those are easy to counter:

I have huge respect for restaurateurs who set big goals, even when they fall short of those lofty aims. It takes guts to put ego and capital on the line and dare to perform before the public—and then hope to earn a living from it. Restaurant ownership does not come with the safety of an office cubicle, a salary and a benefits pan. So, give Louis credit for trying.

But question along with me why he tried the same concept four times, including one head-scratching venture in China. What made him think reentering the most competitive and economically challenging restaurant market in Louisville history was smart when the idea he wanted to execute had already proven faulty?

The answer, apparently, is charisma. A chef who once worked for Louis declined to speak on the record, but told me privately his old boss was a creative genius. “His ideas are fantastic, and I was excited about helping him turn those ideas into reality.” But the source also said Louis’s “problem is sticking to one thing. He’s got so many ideas that he can’t keep up with them all. So he loses focus and things don’t go well after that.”

Louis has demonstrated an uncanny knack for charming most anyone who enters his circle: investors to fund his projects, employees to work for him, and customers to visit his restaurants.

I’m no business consultant, but even a guy like me knows that’s not a formula for success.

If I seem frustrated by this fourth death of a Hillbilly Tea restaurant, I guess that angst is rooted in my amazement that anyone would sign on to working for Louis or putting money into this clearly flawed (and/or poorly executed) concept. When the opening of No. 4 was announced earlier this year, I don’t think I even covered it because I strongly believed it was doomed based solely on Louis’s business history. As a journalist, you think, “Does covering that give it validity and simultaneously make me look stupid for deeming it news?”

That opening, added to Louis’s other unrealized promises of a concept in Portland and a Hillbilly sushi restaurant on Chestnut St., made me think, “People are taking this guy seriously? What am I missing?” I’ll ask my media peers here: At what point do we just ignore such characters and focus on more meaningful subjects?

I’m no soothsayer gifted with visions of what’s coming next. But long before HBT’s May opening, Louis had provided me enough background to be certain this was a failed venture. (The only hope I ever had for it was the addition of chefs Lawrence Weeks and Keith Jones to the kitchen a few months back.) I’m blown away others didn’t draw that same conclusion ahead of time.

As he told Insider Louisville, Louis will continue producing tea for sale at his online portal and to other businesses. Yet he also is planning the 2017 creation of Hillbilly Hooch, a neighborhood distillery where he’ll produce tea-infused alcohol.

Tea? Logical. But a distillery? Seriously? Talk about a tedious, precise and government-involved process, the very detailed work that some say Louis doesn’t manage well.

Based on his history, I predict we’ll never see it.