Welcome to a special episode of EatDrinkTalk as we head into the holidays with plenty of news to report. First, news of the surprising closing of the Germantown Craft House is working its way around town, with some servers being  let go on Monday. Another of our favorite restaurants, Bistro 1860, is changing hands and the new owner is familiar to EDT listeners. Down in Butchertown, we learned that the opening of Hi-Five Donuts is imminent, with a new Red Hot Roasters coming next month. We learned that Andy Blieden expects to close on the Hall’s Cafeteria space, and we’re hoping a cool new operator comes into the former cafeteria.

Steve stocked up on Booker’s Bourbon, and you should too, because a dramatic price increase is coming soon. For fans of locally based Texas Roadhouse, we learned this week that the steak house is taking over the spot once occupied by former steak chain Logan’s Roadhouse near the Mall St. Matthews on Shelbyville Road.

In our Favorites segment, Steve raves about the visit he got from Jay Denham, who brought along Charcuterie from the Red Hog Butcher Cafe. Rick’s top bite was the shrimp served by Chef Shawn Ward at a Prohibition Party on Frankfort Avenue. Speaking of which, at a Repeal Day party Steve sampled bourbon from the distilling line of Rabbit Hole. Rick opted for the Beer of the Month at Drake’s, a Goodwood Brewing Brandy Barrel Honey Ale.

Steve has a special two-part interview with Fernando and Yaniel Martinez, Cuban refugees responsible for some of our favorite local dining options.

Because Fidel Castro was such an awful dictator, and because so many Cubans wanted freedom so badly that they fled to the U.S., Louisville has a small Cuban restaurant community. The Martinez cousins are but two examples of many who fled on a raft and through Mexico (respectively) to come here pursue their dreams. Think Fidel Castro’s socialist government has any redeeming qualities? You won’t after you hear their stories. 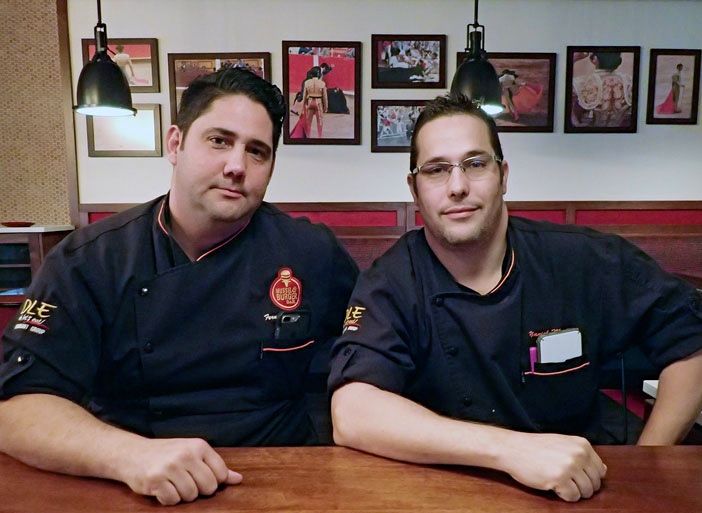